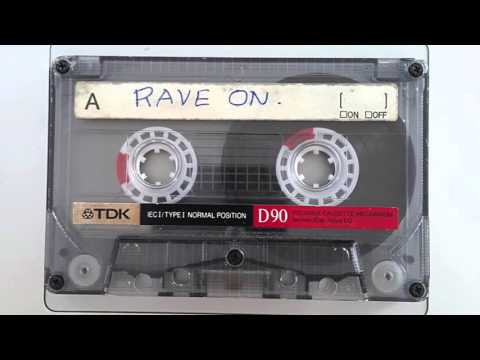 You know that feeling. You are standing, drink in hand at a party you came to just to ‘show your face’, more or less hanging on in a conversation you didn’t need to have and then some part of you internally starts pulsing to the song that just came on. You look around and you’re not the only one. Before you can say ‘I’m calling my Uber’ you are with a group of people – most of whom you don’t know-  letting it all hang out on the dance floor and for a suspended moment, nothing matters. It’s you and the music. And then, it could be ten minutes or three hours but sometime later there’s a moment when your system tells you to stop, so you do. And you are different. Emotionally and physically, you have been changed. This is why we dance.

There have of course been numerous studies into why human beings dance and if you want to dig into that, there is a really good one here, from The University of Exeter, that studied music from around the world looking for universal traits and charted the triggers for movement in human beings. But I am not a scientist. I am a DJ. I am an actor. So for me, it’s emotional.

Growing up, the music you are in to really defines you. In the North West of England in the 90’s amongst my friends you were either into Oasis or Blur. I was into neither. My brothers were slipping me mix tapes that had circulated at warehouse parties. Big piano driven House music with a pounding beat. And it hit me right in the feels. I was too young to go to any of these parties of course but the rhythm, structure and pure emotional triggers it pulled were powerful and I knew I had found my place. It was like a dirty little secret amongst my Indie friends but I discovered a couple of friends at school in Liverpool who were also quietly raving in their headphones during assembly and when we finally could, we made our first trip (fake IDs in hand) to ‘Cream’ in Liverpool and that was it.

Merseyside like many urban areas across the UK can be tough. In Southport, a relatively genteel town about 20 miles north of Liverpool where I grew up, the clubs and bars were always violent. The feeling before any night out was always an equal measure of excitement and trepidation. So many places in the near vicinity of ‘Cream’ were also just like that but once you were inside that party at the infamous club, ‘Nation’ in, it felt safe. All the worries melted away and you could lose yourself in the music. The bass line pounding through your system, literally flapping your trousers, then a moment of eye contact with a stranger confirms that yes, you are not the only one feeling it, this is happening now, to all of us.

And yes, so many people are high in a club but this is a great misconception about the House Music scene. Of course drugs are prevalent (as they are in every bar and club, regardless of genre) but It’s not that the night club is a safe place to take drugs, it is a safe place to feel something and express it through your body. It’s a connection, I believe, to something primal. You see the crowd in electronic music is very specific. They don’t know the music they are going to hear, they often don’t even know who the DJ is, in fact they go often to specifically hear things they have never heard before but the one thing they are sure of is they will be in a room of people all there for the same reason. To dance, without inhibition or judgement.

This feeling led me to DJ. I was a performer from a young age. Acting was a bug that bit me early and I am fortunate enough that it is how I make a living today. DJing was a natural extension of this. I  thought to myself ‘I understand this feeling that makes us dance together and I think I know how to make other people feel it too’. I recently went to a club in Los Angeles to see one of my all time favourite DJs play and the set before he came on was a very stop- start affair. The music flowed continuously but the dance floor was not united. I soon figured out why. The person having the best time in that room was the DJ. Rocking to his own beat, uninhibited but disconnected with the party. The fascinating thing was there were still passages of time, when undeniably the whole room unified and had these short episodes of euphoric movement, like steam bursts from a pressure cooker. The potential was there. Then the main event showed up, the lights went out in the booth, he put his head down and slowly moulded us all into one homogenous sculpture and only when the dance floor exploded the mould did he join in with us.

This is the art of the DJ. To understand the need to be together in order to  express ourselves through movement. To find the beat, melody and groove to unify our heartbeats. This primal need transcends age, culture or identity and I feel that impulse every bit now as I did when I listened to that first mix tape.