It has been an epic summer with lots of travelling and almost two months filming Counterpart for Starz  in Berlin. It was such a special job and can’t wait for you all to see the work.

Now I am back.

I have been knee-deep in production in the studio and have some really exciting musical projects in the pipeline.

I am cooking up a monster L.A. UNDERGROUND dropping tomorrow. It’s a double length episode to make up for lost time in September which means a whole bunch of absolute corkers  and a real range of the music floating my boat right now. There will also be an epic guest mix by none other than HOBBS (UK), one of the most exciting producers rising through the ranks right now. You can check out his latest release ‘Get Paid’-  here !

Look out for the new show tomorrow!! July’s edition of my radio show L.A Underground is now live. This time inspired by my week spent on the White Isle of Ibiza.

There is an exclusive play of my collaboration with donnerstag ‘Up and Down’,  some amazing tracks from the likes of Chris Lake and Destructo, Kleen Kutz, Bicep,  Renato Cohen and a B2B guest mix from myself and Doorly, recorded live art a party in Ibiza.

You can now pick up tyhe podcast on iTunes. So rate it and leave a review, thank you for tuning in and I am already gearing up for August!!!

A lot has happened in my life since I last flew a kite. A lot. But when I was a kid we used to fly kites. A lot. Southport on the North West coast of England boasts miles of beach frequented by residents and tourists alike for everything but swimming or sunbathing. The sea rarely comes in at a convenient time and retreats so far that it remains a distant belief. Even if it did court the shores a little closer, the Irish Sea is not renowned for its pleasant temperature. But Southport Beach does have an abundance of something other than sand. Wind. The kind of wind that serious kite flyers seek out. So it is something that all lads and lasses do with their parents on a nice day. We go fly a kite.

A few weeks ago, now with my own kids, we were on the stunning beach in Malibu.There’s a reason there’s a Barbie named after Malibu and not Southport. So, I wasn’t reminded of that beach of my youth —until, the kite came out. This particular beach is more of a cove and the wind a little blustery, not as predictable as the one I grew up with and, not having flown a kite for decades, I found myself deep in concentration as I saw countless others failing to get their kite aloft.

The routine is normally that one person holds the kite, whilst the other holds the line. Let out the line 20 feet. The kite is thrown up and once flying taut, then you let it out. Simple right? Yes. But as is often the case the most simple things in life can also provide profound metaphors. Pineapples…enough said.

The instinct is to throw the kite in the air to just ‘get it up there, already.’ But that rarely achieves success. My son and I did this a few times and our huge rainbow streaming bird of flight, plummeted to the ground. Several onlookers thought these fails were really funny, as did we. Mostly. But if you just offer the kite up and wait, the wind will catch it and that little bit of lift is enough to start it flying at a low altitude. Now you have a push and pull on the line as the blustery wind sends the kite in all kinds of directions. It gives the feeling that if you release the tension in the line, it will all come crashing down but if you keep the tension, remain in control of it, only then will it fly. This is a false sense of power. The kite wants to fly. That’s its nature and the only way for that to happen is if you start letting it go. Trust that the more you let it go and don’t try to control it, the higher it will fly. So the unwinding begins and occasionally it seems like it will nose dive to the ground but you have to trust that it is on its own journey – the more freedom to fly, the less constraints you put on it, the higher it will go. Now, eventually the line will run out, that’s as high as it will go — today. It’s not impossible for the kite to soar higher (with extra line tied on – everyone travels with spare spools, right? Just me?) but if it were constantly going higher, there would be no opportunity to revel in the success of having gone that far. So now the kite-ist has a chance to just watch. Find a comfortable spot and lose yourself in the knowledge that this kite isn’t ever going to come crashing down, unless you choose to end the dance.

So that’s what I do on this day, on the beach in Malibu. And then, I hand the line to my 5 year old son and now he can be the anchor for this kite and for some reason, seeing him fly this kite is even more enjoyable than all the parts leading up to it. I realise that this was what it was all leading to. Handing it over. And then we let my 3 year old hold it and we revel in that, then some strangers. With each person that takes the rein, the enjoyment grows. We choose to bring it in and pack it up for another effort on another day. It’s ours, we can fly it again whenever we like.

Are we inspired by the weak tea of wind and the failure of others nearby? Do we choose not to, because its failed us so often, too many torn tails dragged behind us? Do you just feel like an ass walking with a kite, because the giddiness and hope are too much to bring on a train or to a park sometimes? Or, do we let some line out, trust our vision and relinquish control to see how high we can fly?

Now, proper coiling and storage is another fucking matter altogether.

So excited to be able to announce officially, that I will be supporting the awesome  Eelke Kleijn at the monster of a club, AVALON, in my home town of Los Angeles. It is going to be a massive night. Look forward to seeing you all there. 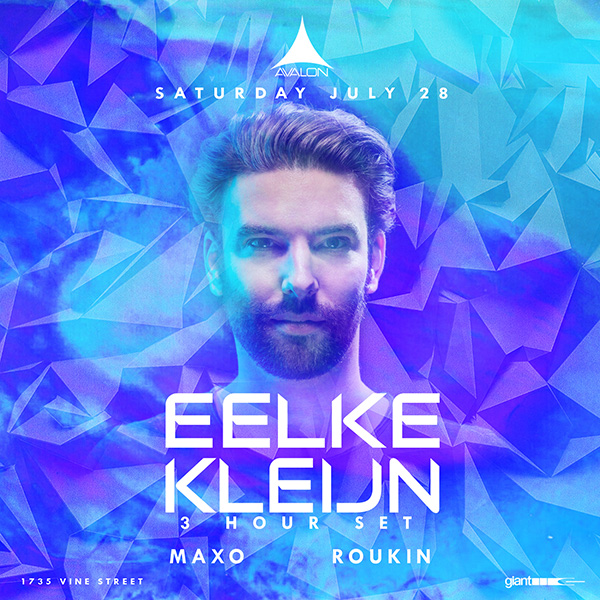 I am beginning a series of live mixes for those of you that cannot make it out to my gigs or anyone that just wants to see what I get up to.

Here is the first one, recorded in my studio in Los Angeles…